You are here: About Us | News | Activities Week at Witchford Village College 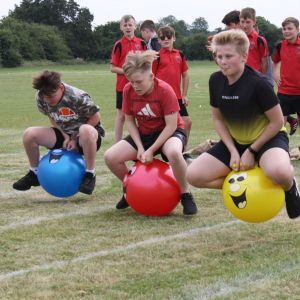 Students at WVC have been able to take part in a large range of activities this week. Year 7 went on a travel and tourism trip to Cambridge, having the opportunity to visit Kings College and to ride on the open-top sight-seeing bus. Thorpe Park was the destination for our Years 8 and 9, they had a fantastic time and came back buzzing but tired after a very long day. Meanwhile, Year 10 headed for the Aqua Park having a go on the inflatable obstacle course and trying their hand at Wakeboarding. 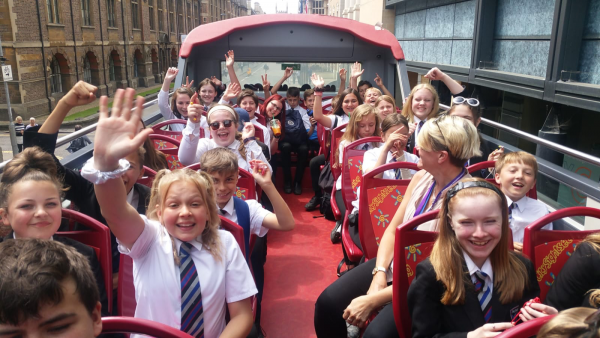 Back at College a number of students have been involved in Arts Events. The Vincent Dance Theatre visited and held some workshops for students over two days. Both their ‘Shut Down’ and ‘Virgin Territory’ film installation were staged and the year were split into gender groups. Group drawn life sketches of Toxic Masculinity and Insta Girl were used to gather ideas that were then turned into spoken word pieces. They explored and developed their use of metaphors and how to ‘spit some bars’ and create their own positive affirmation RAP piece.  It was great to see the collaborative creative process develop and how inspired our students were with the process. Another group of students worked hard on the Art Department revamp, producing some lovely stained glass pictures and generally helping to liven up the Art Department environment.

The week continued with a Sports Day for Years 7 to 9. Students were able to take part in a large variety of sports, moving around different areas throughout the day whilst representing their Houses. The ‘Primary races’ proved to be very entertaining with students racing on space hoppers and taking part in sack races and egg and spoon. Together with the traditional athletic competitions, students completed an assault course, took part in a water challenge and played football, netball, dodgeball and benchball. The day was rounded-off with 100m and 200m races and relays with staff putting on a good performance in the final relay. The Sports Day Shield was won by Lancaster House.

On the final day, students took part in a sponsored walk. They were raising money for Woodgreen Animal Shelter, college resources and our own Pygmy Goat Fund. From next term it is hoped that each House will have its own Pygmy Goat mascot and students will be involved in their ongoing care and welfare. Students walked over 10 miles in a loop from the college, returning for lunch and then walking another loop in the afternoon. It was quite a gruelling day with rough terrain and more heat than expected. 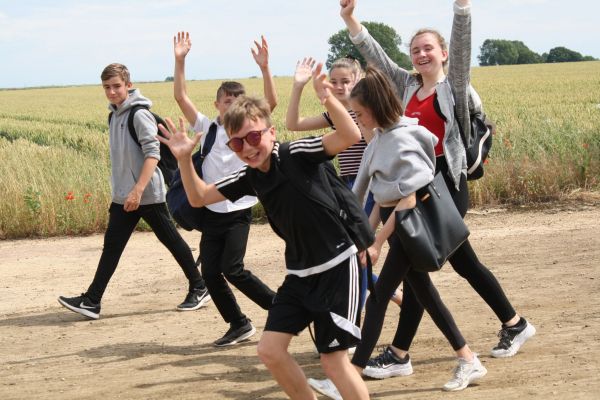 It was a fantastic few days, students were a credit to the college and were keen to try new things and push themselves outside their comfort zones.