You are here: About Us | News | WVC Trip to Berlin 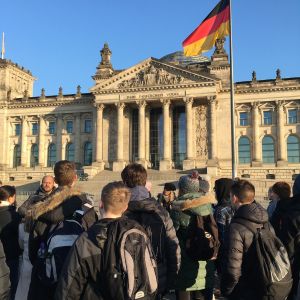 A group of forty GCSE History students have just returned from a jam-packed three-day visit to Berlin. The group are studying Weimar Germany and the Cold War, so a trip to Berlin gave huge relevance to their studies.

A 3am departure for Luton Airport made for a very long first day. Upon landing at Berlin Schoenefeld Airport, we were met by coach and taken to Sachsenhausen Concentration Camp. A tour guide explained the history of the camp, as well as the development that occurred in the way in which the camps were used. Another coach journey took us to Schloss Cecilienhof at dusk, site of the Potsdam Conference in 1945. We travelled to our Hotel via the Bridge of Spies and spent the evening at a local Christmas Market. 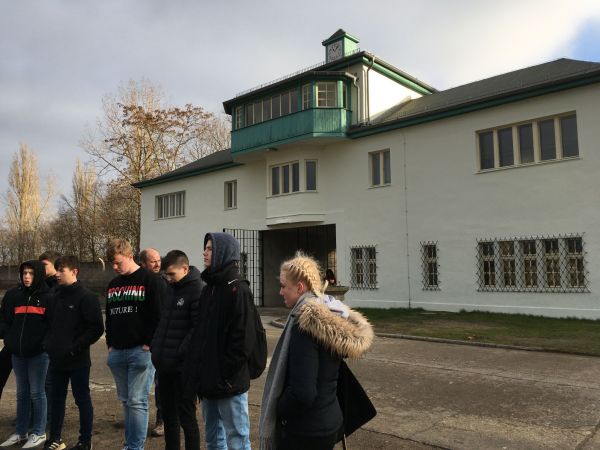 Day two dawned with a U-Bahn trip to Potsdamer Platz, walking past remains of the Berlin Wall to the Topography of Terror. The museum was all about the methods of control the Nazis employed to maintain control of Germany. For a break, we stopped for lunch at a small Christmas Market in Zweikircheplatz, next to the National Opera House. From there we walked to Bebelplatz where the Nazis burnt what they described as subversive literature, and then on to the Brandenburg Gate. We walked to the site of Hitler’s Bunker, now a car park and then to the very moving Holocaust Memorial. Another short walk took us to the German parliament building, the Reichstag. Once there, we discussed the importance of the Reichstag in Hitler's rise to power (it was burnt down, which Hitler used to his advantage to seize total control of Germany via the Enabling Act).

The day was exhausting but there was still time for two more visits, the DDR Museum and Checkpoint Charlie. The DDR Museum sits on the river opposite Berlin Cathedral and explains life in East Germany until the Berlin Wall came down in 1989. Checkpoint Charlie Museum gave a fascinating insight into the creative ways in which East Berliners tried to escape to the west. Another trip on the U-Bahn took us to Alexander Platz and the Christmas Market, with an ice skating rink, Ferris wheel and Santa in his sleigh.

Our final day started with a walk to Bernauer Strasse, which was a street along which the Berlin Wall used to run, and followed the old route of the wall. Along the way, we encountered several photographs of the wall as it had been before 1989. These really helped the students to understand the relevance of where they were and why they were there. A museum showed a film of the Berlin Wall coming down and a tower gave site of the preserved walls and no-man’s land. From here, we went to Berliner Unterwelten, exploring Gesundbrunnen underground Railway Station used as a bunker during WWII. Our remaining time was spent at Alexander Platz, exploring the local shops before returning to the airport for our flight home. 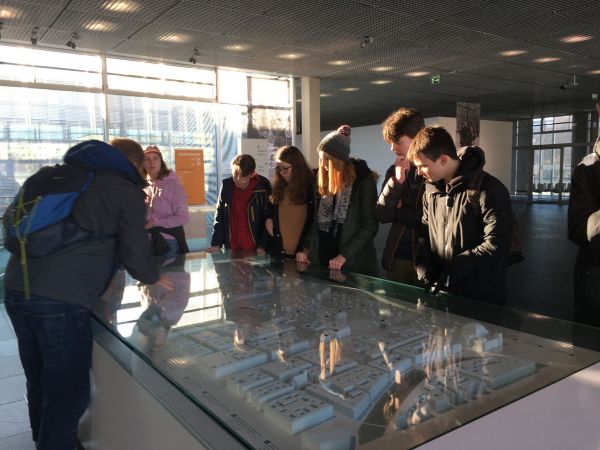 The three days were hugely informative thanks to the wealth of knowledge that Mr Carter, our History teacher, imparted. Students were a credit to the college and threw themselves into the fast-paced schedule, which gave them a snapshot of this incredible city and its turbulent history.